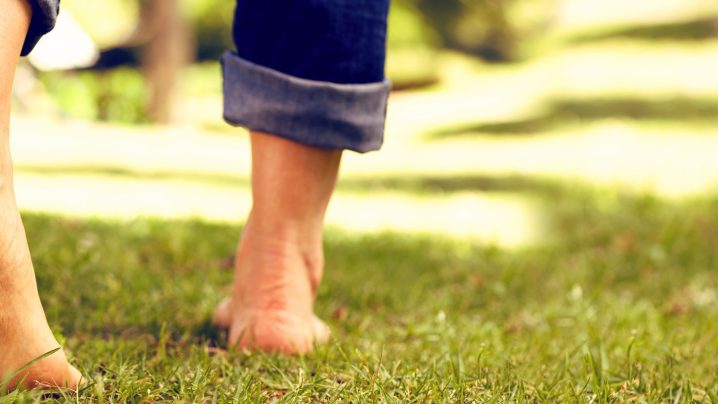 What is the science behind going barefoot?

A lot of claims have been made regarding the evidence for barefoot over wearing shoes, especially in the context of running. There was quite a fad while back towards barefoot running with many and multiple claims about the science that showed it was better. There was never any science that supported it then and now this science has been done, the injury rates between those who run in cushioning shoes and those who run barefoot are the same – there are no advantages. Runners lost interest in the concept of barefoot running when it did not stack up to all the extraordinary claims that got made for it.

The “natural” logical fallacy is regularly invoked to try and support going barefoot. It does not stack up either.

Yes, there is evidence that there are more problems with things like bunions and hammer toes in shoe wearing populations. There is also evidence of more trauma and nail dystrophies in those who habitually go barefoot. Based on that, its 6 of one and half a dozen of the other.

Then there is the nonsense surrounding the concepts of grounding or earthing where we need to be in contact with the earth to balance electrons and other nonsense. The whole concept violates the basic laws of physics and is all made up by those who have “grounding” or “earthing” products to sell. There is no science underpinning that which actually stacks up to any critical analysis.

On a personal note I have been accused multiple times of being anti-barefoot and even had threats directed at me by a few of the fanatical fan boys (which says a lot about them). If you read what I have ever written or listened to what I said on this, I have nothing against it. I just objected to and called out those who make stuff up and misused, misinterpreted, misquoted and misunderstand the research and science to support what they are fanatically welded to. I have only ever argued against that. There is nothing wrong with going barefoot if you want to, just don’t make stuff up to justify it and don’t get nasty when you get called out on any bullshit you choose to spout. It was always about the science.